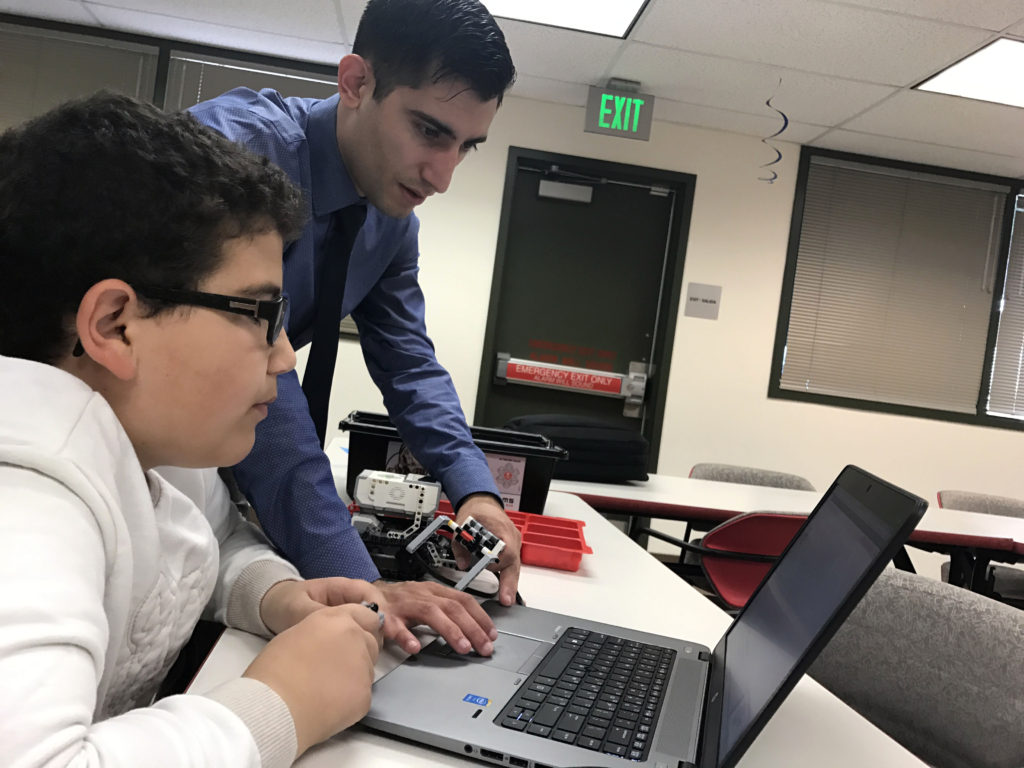 February through April, I was involved in an after-school robotics program, through the Anaheim public library. The goal of the program was to inspire young students to take interest in STEM, while having fun with robots. Class sessions were two hours long and took place on Friday and Saturday afternoons.

Every Friday our robotics class would meet at the family resource center next to the Ponderosa branch of the Anaheim public library. Students at the Ponderosa class were mostly teenagers. None of them had any background in STEM activities. It seemed that many of them were attending the class for some kind of school credit, but a few of them were very interested in the robots.

On Saturdays, our class would meet at the Haskett branch of the Anaheim public library. Students who attended here were mostly 10 to 12 years old. Several of them had worked with robots before, and were able to help other students. This class had maximum engagement. I was actually struggling to keep up with the kids. On our classes final session, we were able to go over advanced topics such as mechanical advantage of pulleys and gear ratios to maximize torque or speed.

The robots we used were Lego EV3 Mindstorms. Lego’s simple programming interface made it easy for students of various ages and technical backgrounds to engage in programming without lengthy tutorials. Initially, we sought to teach students how to move the robot along a desired path. Once students were able to program their robots to navigate a simple maze, we moved on to different sensors. Each week we incorporated a new sensor or motor into instruction, as well as a more complicated type of programming. By the final day of instruction, students had transformed their robots into “battle-bots” roaming around the room looking for other robots to demolish.

I had a lot more fun teaching children than I expected. I gave my e-mail to a few of the kids and told them to contact me if they ever needed a letter of recommendation for a scholarship or educational opportunity. Robotics became a fun break from schoolwork every week, and I would like to work with the Anaheim public library to see this program continued into the future.

Since the completion of the program, Brian and Tina were invited to one of our students’ violin recitals. It was uplifting to have a positive impact on these kids, and to be available to them as role models and mentors. 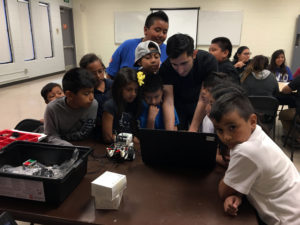 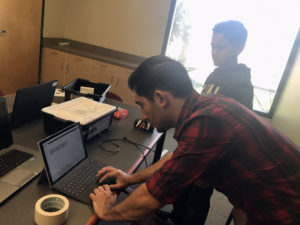