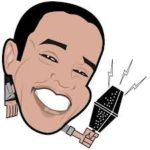 The CMP Mentorship program was honored to have as their guest speaker Mr. Morris O'Kelly.  "Morris O’Kelly, better known as “Mo’Kelly” is a radio and television commentator.  His show, “The Mo’Kelly Show” is heard weekends on KFI AM640, the #1 news/talk station in America.  He is also a lead political commentator for BBC Radio regarding American politics and regularly seen on FOX 11 here in Los Angeles, CNN and CNN International.  Last month he was featured on TNT with NBA Hall of Famer Charles Barkley as part of the documentary “American Race.”  And next month, you will begin seeing him as a regular, featured guest on the new HLN program, “Across America, with Carol Costello.”